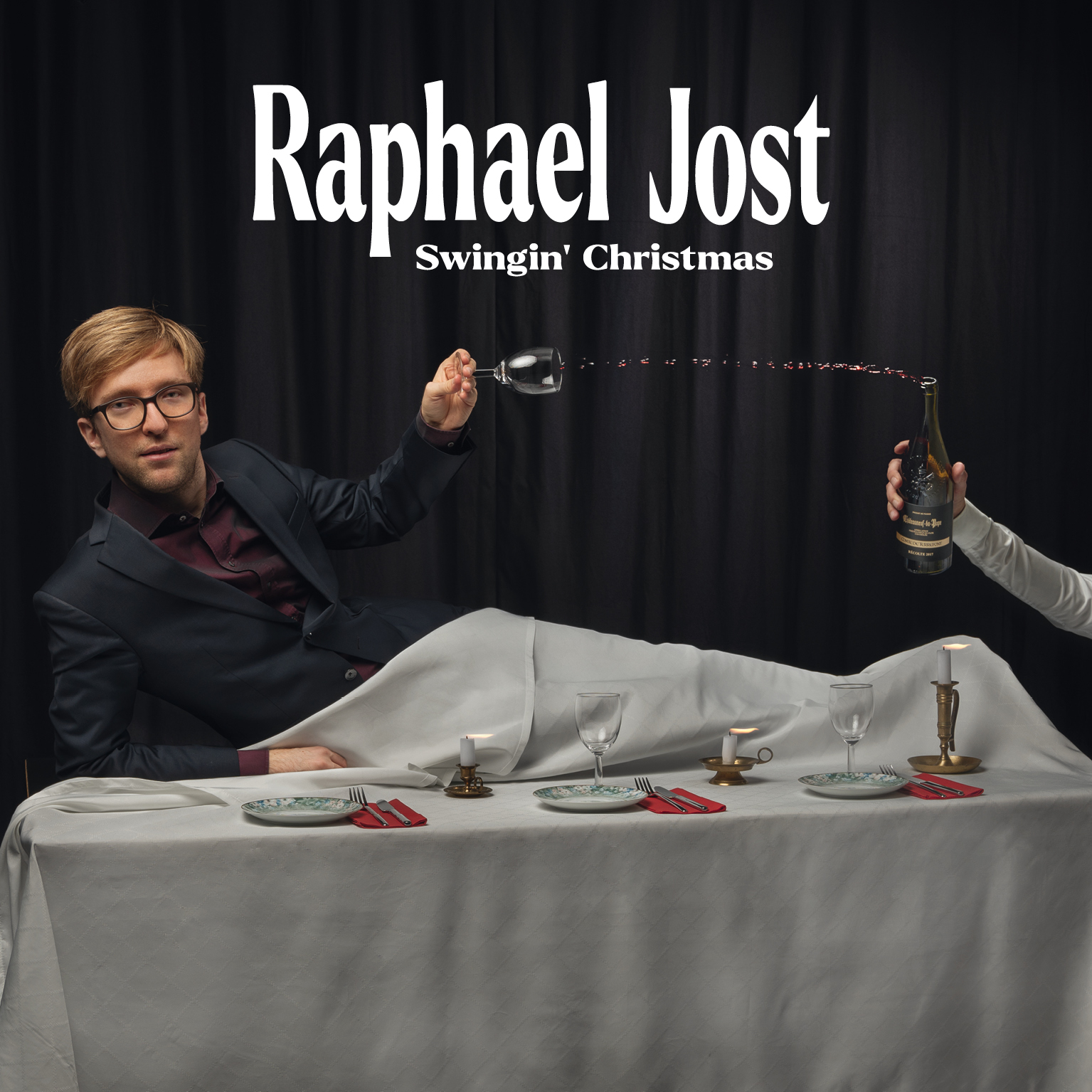 "Raphael Jost is that rarest of birds: A singer/songwriter with a great voice and great songs, who's also an instrumentalist capable of sharing the stage with the best. Jost is the complete package." - Will Vinson (British Jazz saxophone player)

He’s a singer, pianist, song-writer, arranger and band leader, only 29 years of age and in 2015 he was honoured with the Swiss Jazz Award – there’s no doubt: Raphael Jost can be described as an exceptional talent. He’s got a surprisingly powerful and warm voice and knows how to blur the boundaries between jazz and pop better than anyone else.

With his „lots of horns“-band Jost presents mostly original songs in which he proves a great sense for catchy melodies and his undoubted skills as an arranger. He enjoys crooning like Frank Sinatra and at the same time isn’t afraid of giving a complete overhaul to some of his favourite pop songs - always surrounded by a horn section consisting of five outstanding soloists which all together are able to sound like a massive big band.

Raphael Jost, Raphael Walser and Jonas Ruther – three aspiring young musicians who have all made their mark on the Swiss jazz scene. They all write and arrange songs for their bands but together they share one big passion: The interpretation of standards in a manner that is rather unusual for musicians at their age.

Some of the most outstanding piano trios in jazz history such as Monty Alexander‘s, Oscar Peterson‘s or Ahmad Jamal‘s act as models when Jost, Walser and Ruther are about to revive those old songs with playful ease. With more than hundred concerts together, they delight the audience with a vivid interplay and their energetic swing feel.

The fact that pianist Raphael Jost is also a talented singer reminding of legends like Nat King Cole or Frank Sinatra makes this trio a band that has no equal among the Swiss musical landscape.

SPOTIFY
iTUNES
CD SHOP
Thanks for giving me some weekend homework, @jacob

Here‘s another clip of our live-stream concert f

Having fun with a Charlie Puth bass line 😎 #su

A BIG THANK YOU to everybody who joined our live s

My teacher always told me: „Transcribe yourself

About last night... It‘s always a pleasure to sw

It was great to play with „lots of horns“ agai

Raphael Jost (*1988) grew up in northeastern Switzerland. He completed both his Bachelor's and Master's degrees at the ZHdK (Zurich University of the Arts), majoring in jazz piano and singing as a minor subject. This is where his formation "Raphael Jost & lots of horns" started. As the best bachelor project in 2011, the band was invited to play at the Montreux Jazz Festival. His instinct for catchy melodies, his virtuosity on the piano, and his skill as an arranger are his outstanding qualities. Raphael was honoured with the Soloist Prize of the European Young Artists' Jazz Award in Burghausen (Germany) in 2012 and won the Swiss Jazz Award three years later.

As a teenager, Raphael would never have thought that he would someday fall in love with jazz. Elton John or Michael Jackson were the interpreters of the songs he played on the piano at that time. It was the British singer and pianist Jamie Cullum and his mix of jazz and pop that opened up a new musical world for him and aroused his enthusiasm for singing.